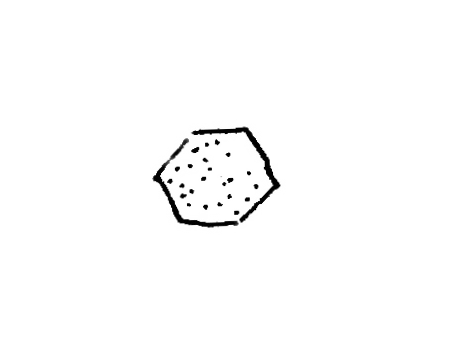 A Stone's story
Once a stone named Heshe woke up in the warm light of the rising sun and begun to dream. Heshe dreamed of abandoning its body to feel free and see more of the world.
You must know that the Stone is thousands of years old and has seen and experienced a lot of things in its life. Heshe went through the cycle of the five elements before becoming a stone, a journey that took thousands of years. But now, deep in his stone heart, Heshe again felt the strong desire to visite all other four elements once more, even if only for a single day. And Heshe realized that this could only be possible as a human being because otherwise, it would take thousands of years again.
Humans have a short life unlike the life span of a stone. But they can change the whole nature within a life time. Sometimes they try to influence the cycle of nature, which seems to be dangerous. They can make the five elements cycle complete in just one day...
But in this moment Heshe did not bother its mind with such serious thoughts. How exciting it would be for the stone to spend just one day in a human body and even maybe in a human mind. Thinking in that way at first the Stone did not notice, that its shadow dropped by the sun on the floor became a human and started slowly to move. What a miricale! And Heshe felt that even it still could not walk like a human it was able to move! So the Stone started to roll slowly by laying down and standing up.
On its journey, the Stone met all the other elements. First Heshe refreshed itself in the water, then rested leaning against the tree, then warmed up by the fire and later landed in the cosy soil. But no one of them recognized Heshe. Did they never meet a rolling stone?
While travelling, the Stone learned more and more to move and walk like a real person. Heshe walked a lot until it got a litle bit bored and started thinking about how it would feel to fly. And at this moment when Heshe got somehow lost in this new exciting imagination the Stone became a Stone again! Heshe got strucked by the memory when a small part of its body fell from the space down to the earth a long long time ago . How exciting it would be to fly back to the universe and continue its journey in the wide open space!
Wow, what's hapening now? Heshe found itself thrown into the sky, but did not fall. Instead, the Stone kept on flying until leaving the earth atmosphere.  Suddenly Heshe realized itself being in the empty swimming pool, where the members of the poolLoop Performance Group left him yesterday.
Was it just a dream?
Can stones dream at all?
Hm ...
There seem to be no definite answers to these questions. So let's keep them open.
This is „the stone’s story“ told and performed by the pooLoop artist group.
Back to content